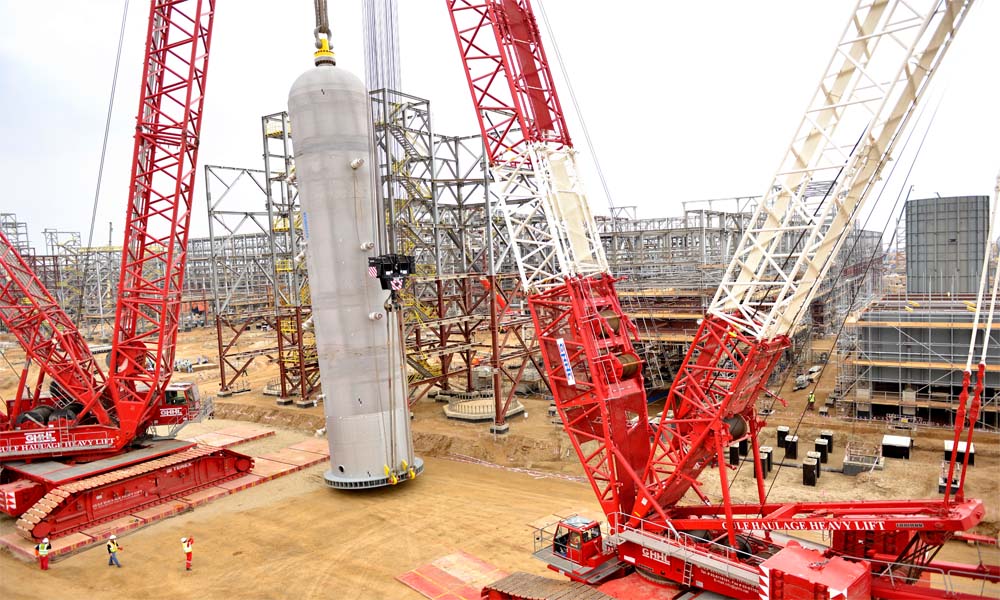 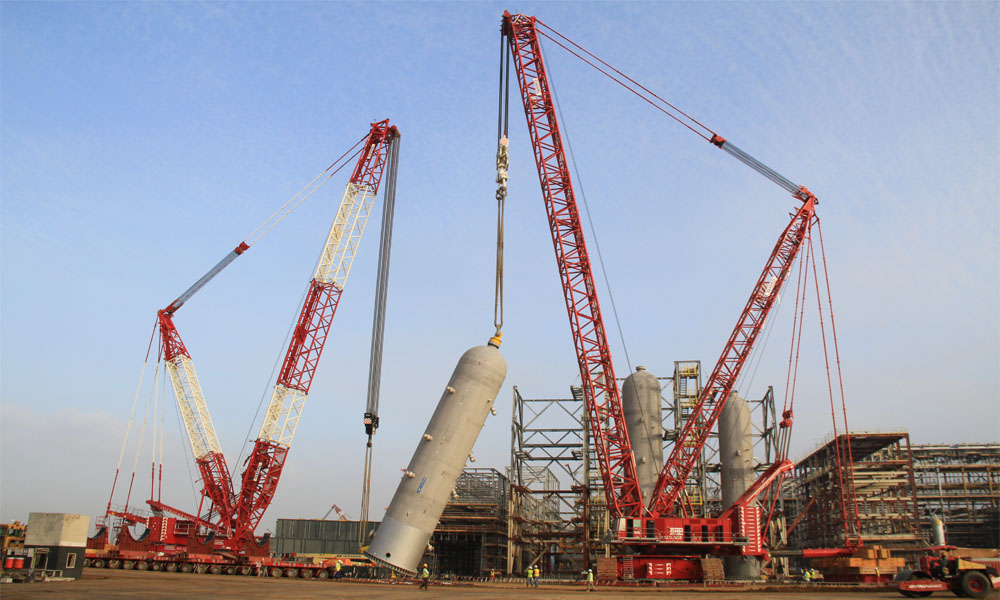 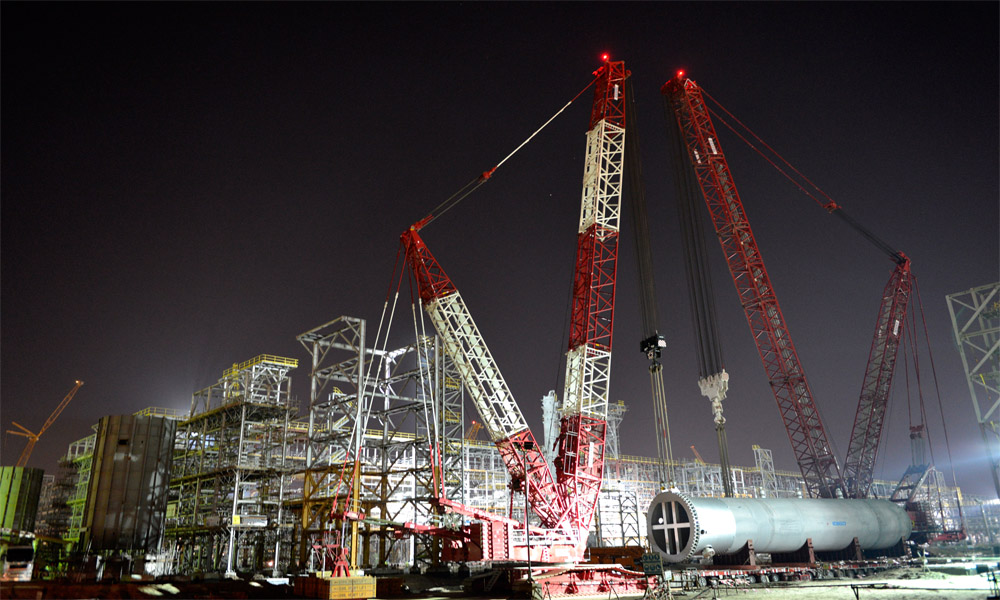 Termed as the Green Field project, a 400,000 barrel/day refinery is under development by Saudi Aramco; located in the E-commerce city of Jizan, in southern part of KSA.

By deploying 13 big cranes, with the capacity ranging from 100t to 1600t, GHHL has come forward as the leading Heavy Lift contractor in this project.

Already by Q1 of 2016, GHHL safely completed more than 40,000t of heavy equipment handling & erection while only 25% of the project is underway.

GHHL, known for its long-standing expertise in heavy lift and heavy haulage, became an instant choice for this project by EPC companies such as TR, JGC/Daewoo, Hyundai, Sepco etc.