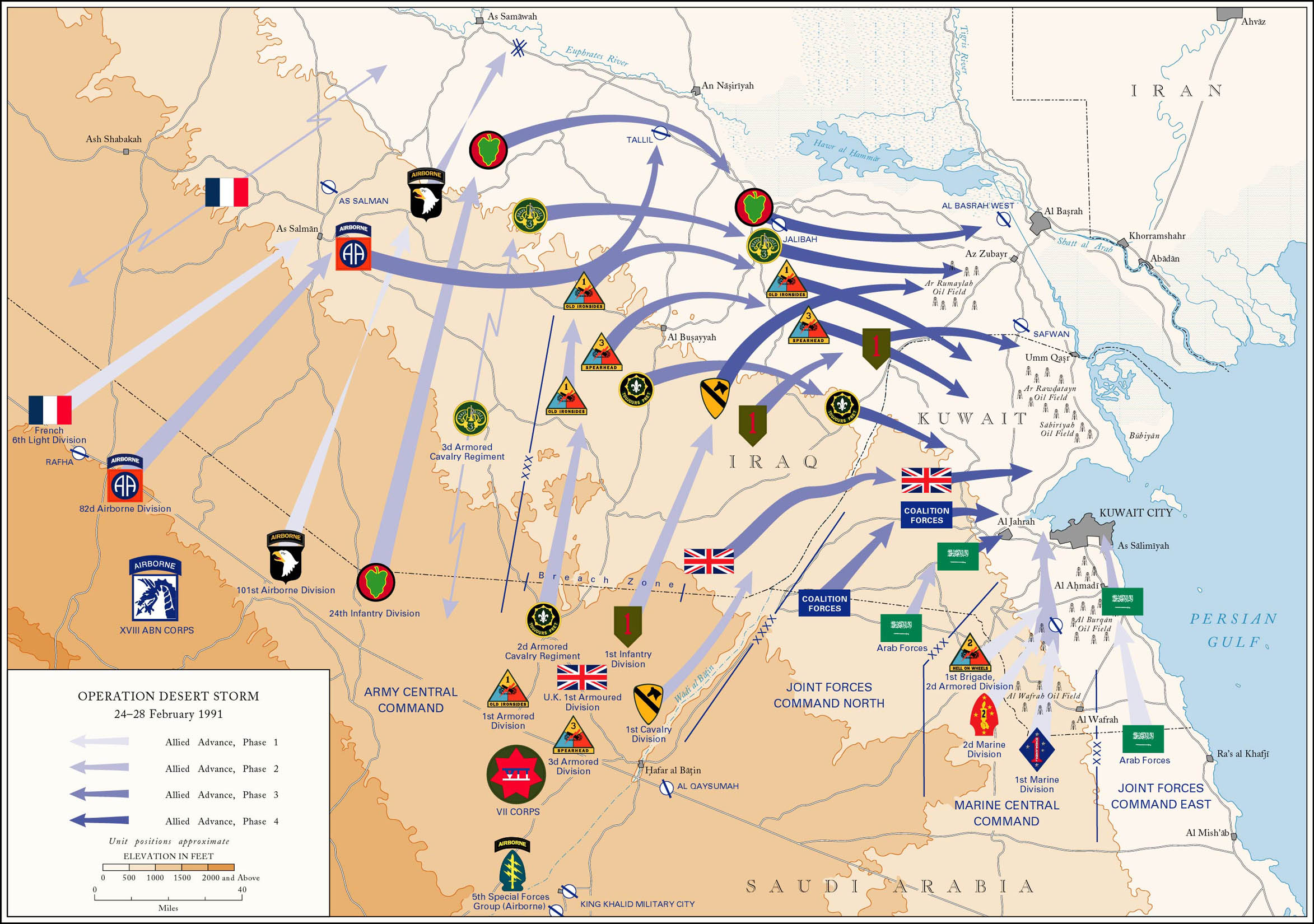 Gulf Haulage Heavy Lift Co. was a proud participant in the victory of US Army allied forces over Iraq in Gulf war, 1990-1991.

On Aug 2, 1990, Iraq invaded Kuwait and occupied it with ulterior motives. The world communities reacted strongly and collected a huge force in the area with Saudi Arabia being the base for all operations to be targeted on Iraq to liberate Kuwait.

In early November 1990, we received a request from the US Army for cranes and trailers required for off-loading and transporting of Military equipment. The requirement was for a quick and efficient deployment of our equipment so that the military hardware reaches the various far flung strategic areas quickly, enabling the US army to deploy in defensive/offensive position to be ready for action in the shortest possible time.

Keeping the national and international interest in mind, GHHL deployed 6 cranes from 400t to160t at the Dammam Port and 15 heavy duty trailers for immediate offloading and transportation, as required.

On a 24 hr notice, we had deployed 3 cranes and in 2 weeks time the 3 cranes joined the work and thus in 2 weeks all 6 cranes were working round the clock.

6 trailers were in operation in 12 hours time and remaining were pressed in service as and when the major shipments came in from various countries.

The trailers were used to transport very sophisticated, sensitive and delicate electronic warfare equipment, which includes transportation of the Patriot Missiles – the most successful equipment in the defenses of the civilian population in Saudi Arabia against the Iraqi Scud missiles.

GHHL’s crew worked in the tiring and difficult circumstances on a 24 hours basis to meet the tough US Army standards.

It was a big challenge to keep the multi-national workforce motivated to work under a very tiring, tense and demanding war atmosphere.